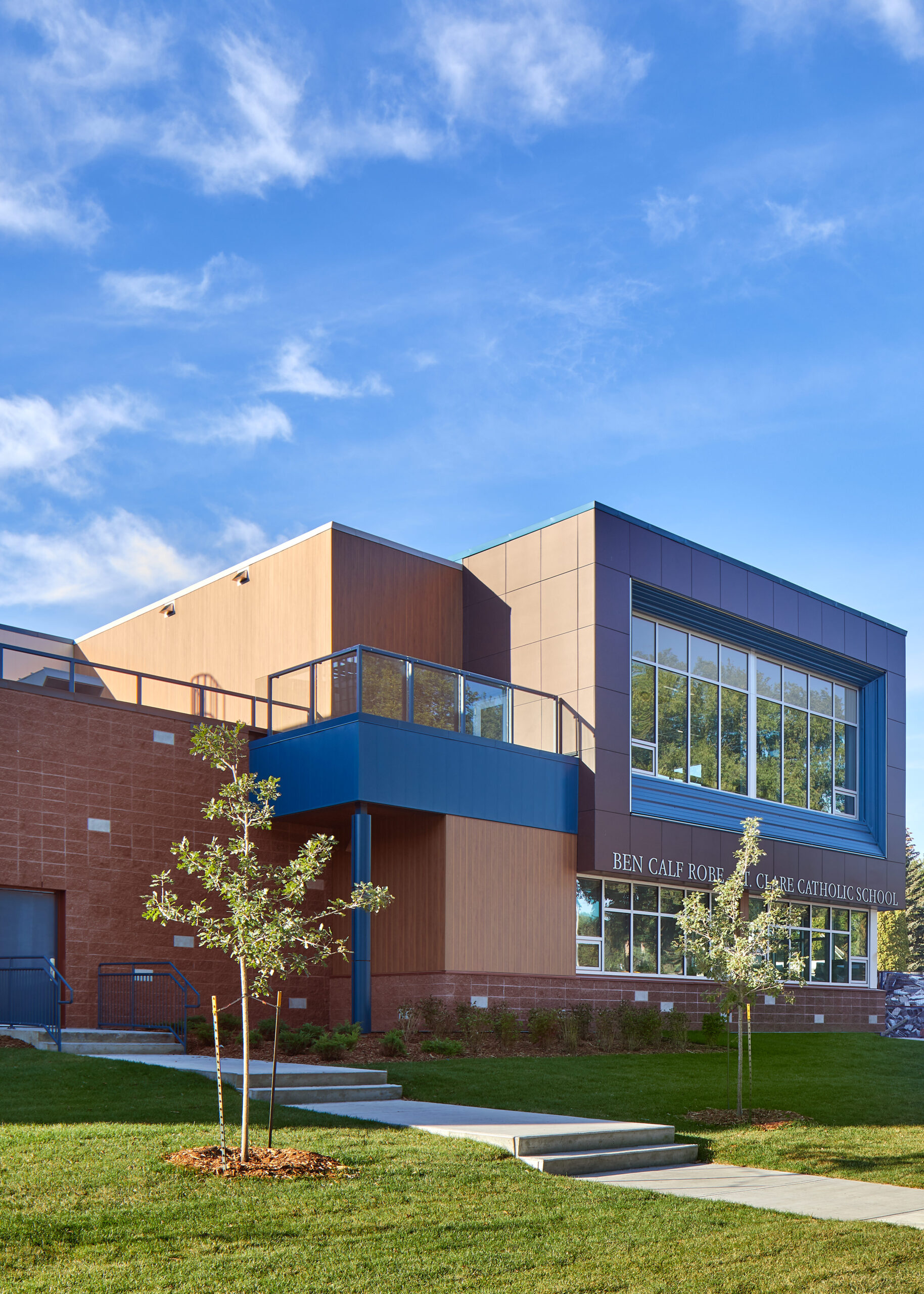 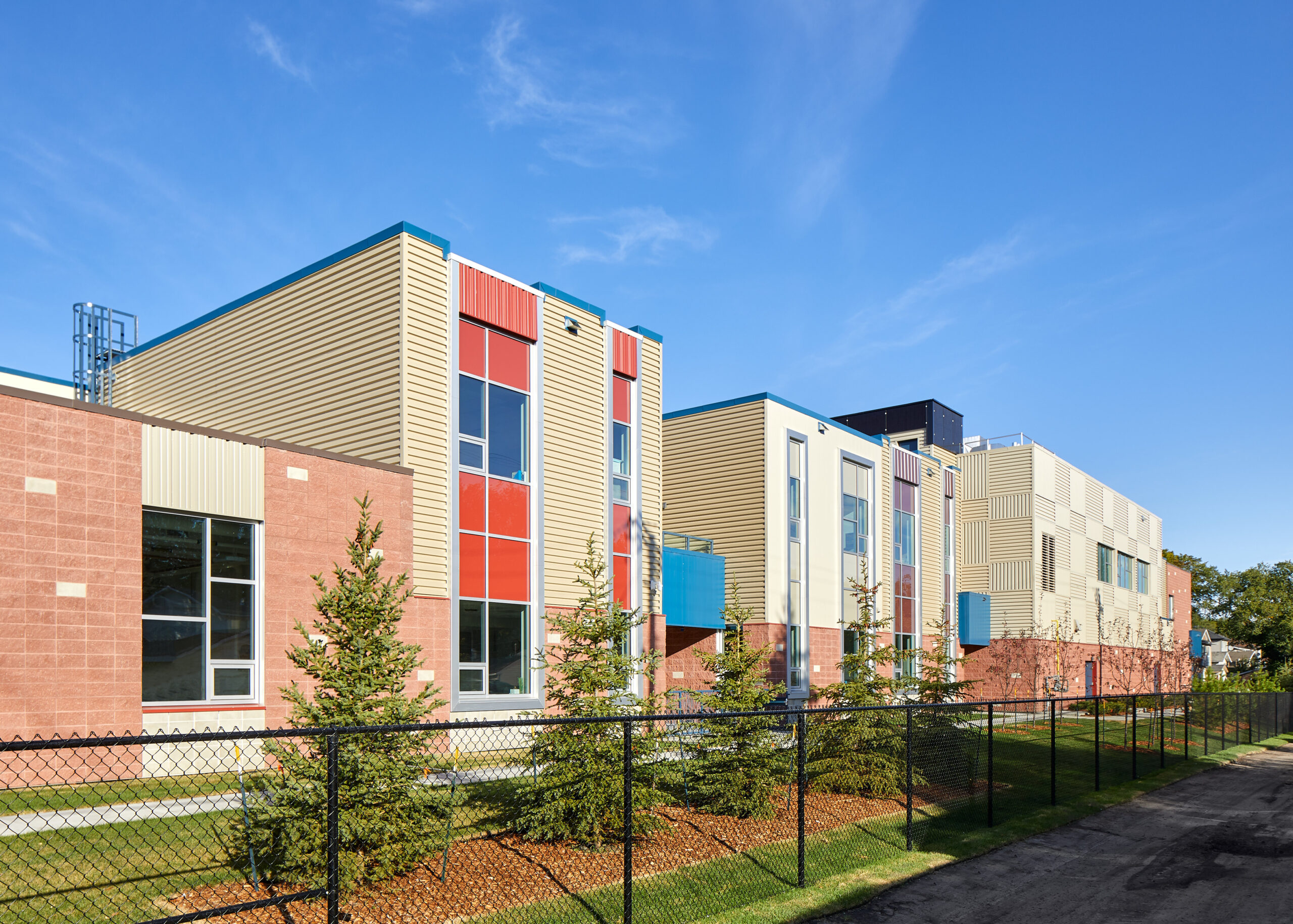 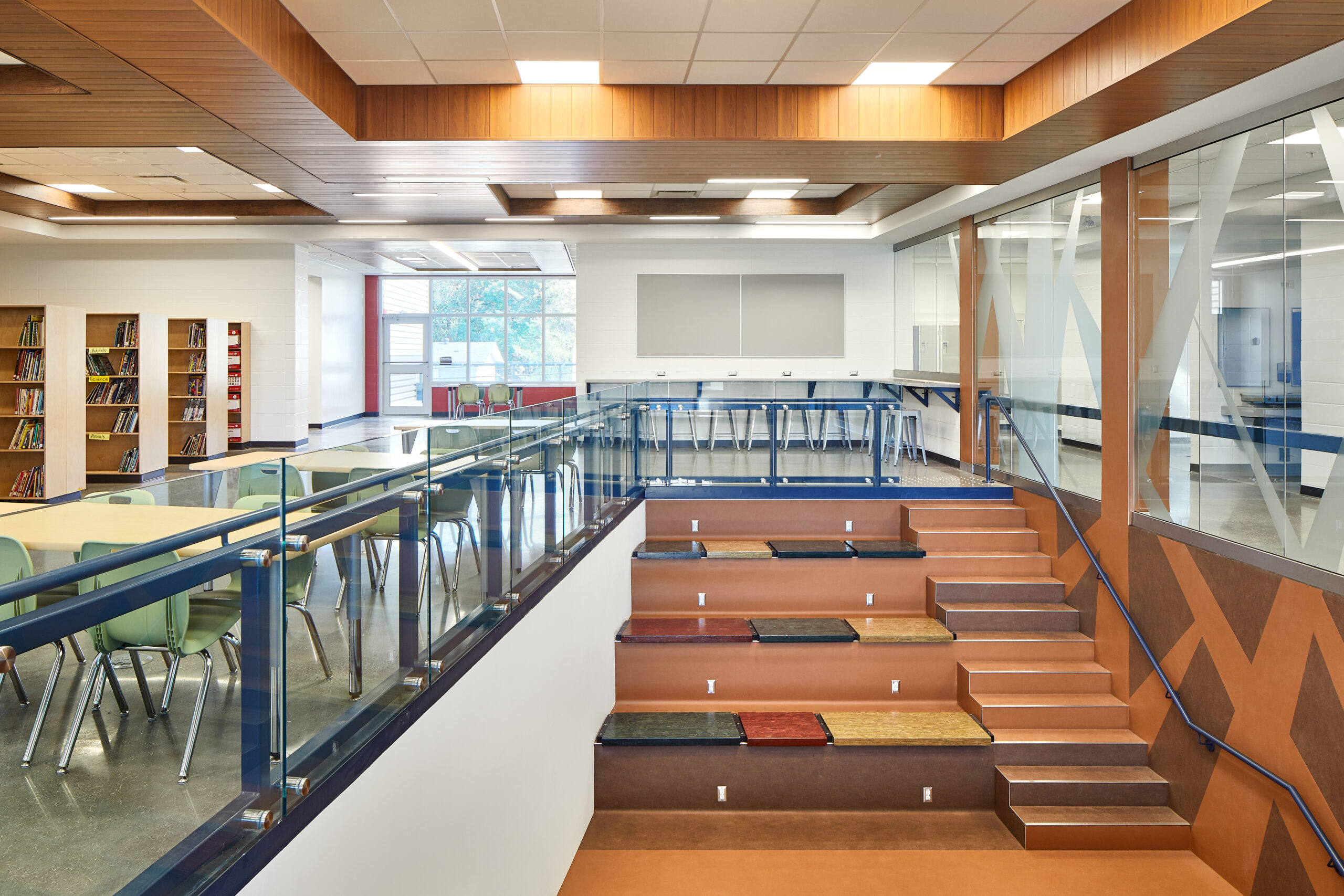 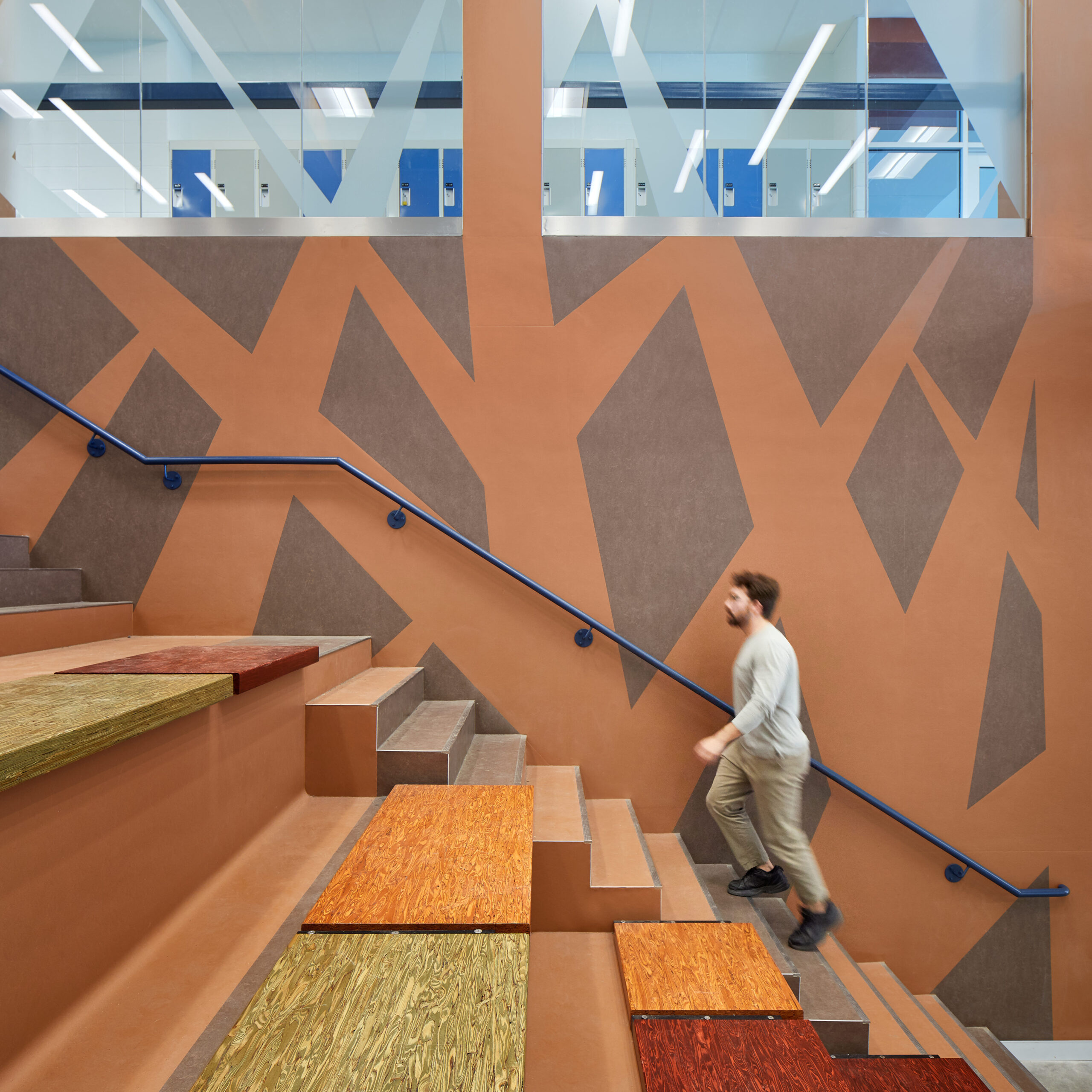 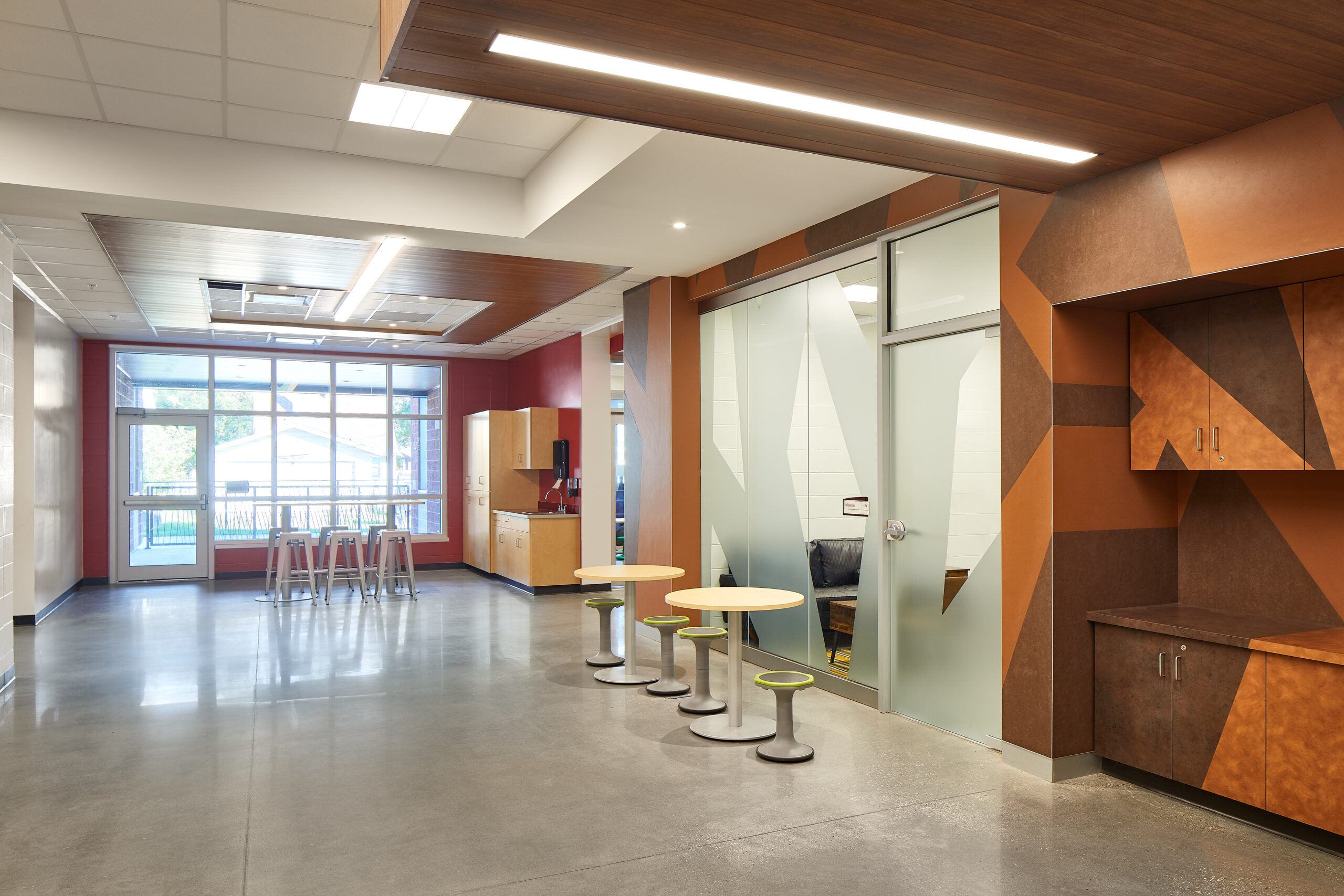 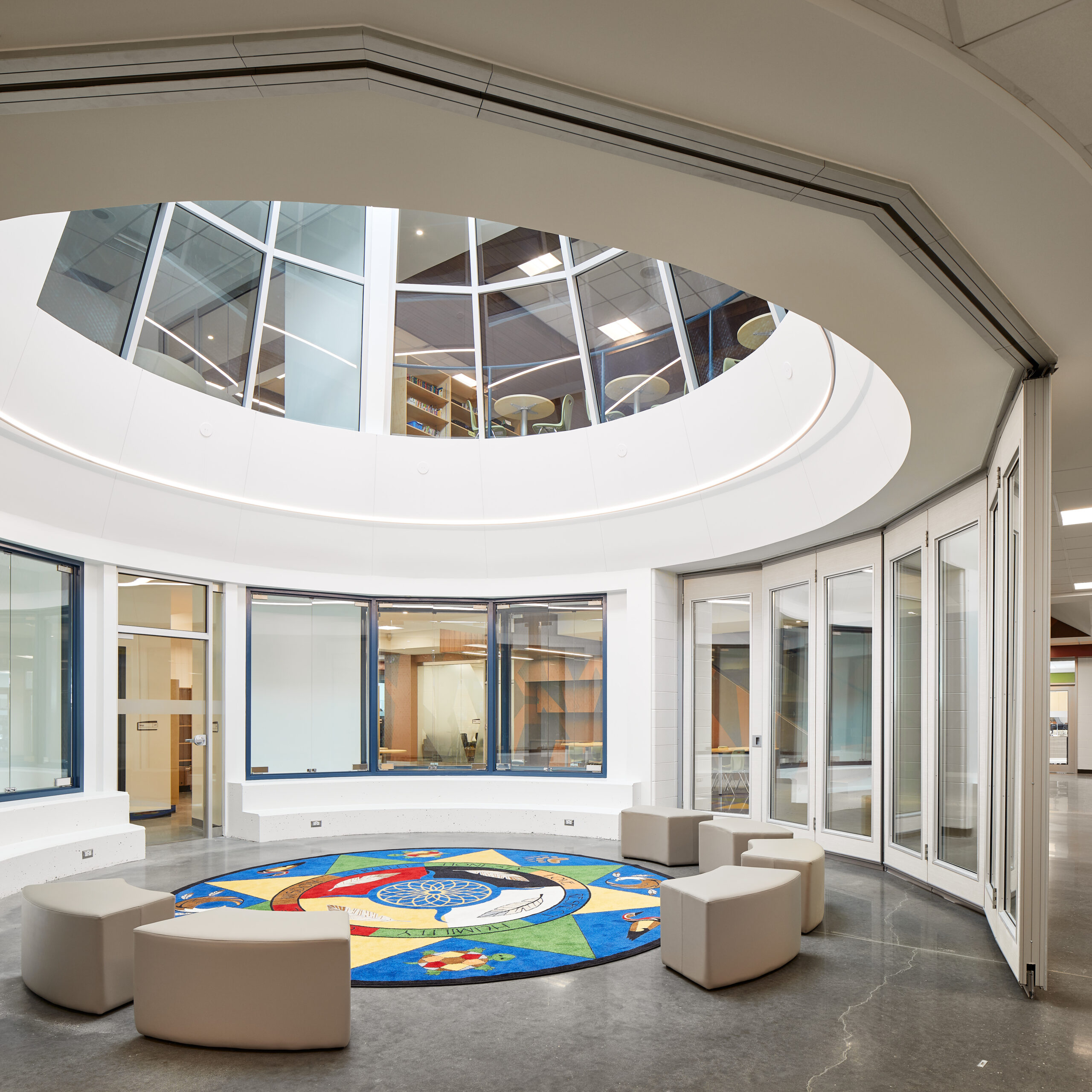 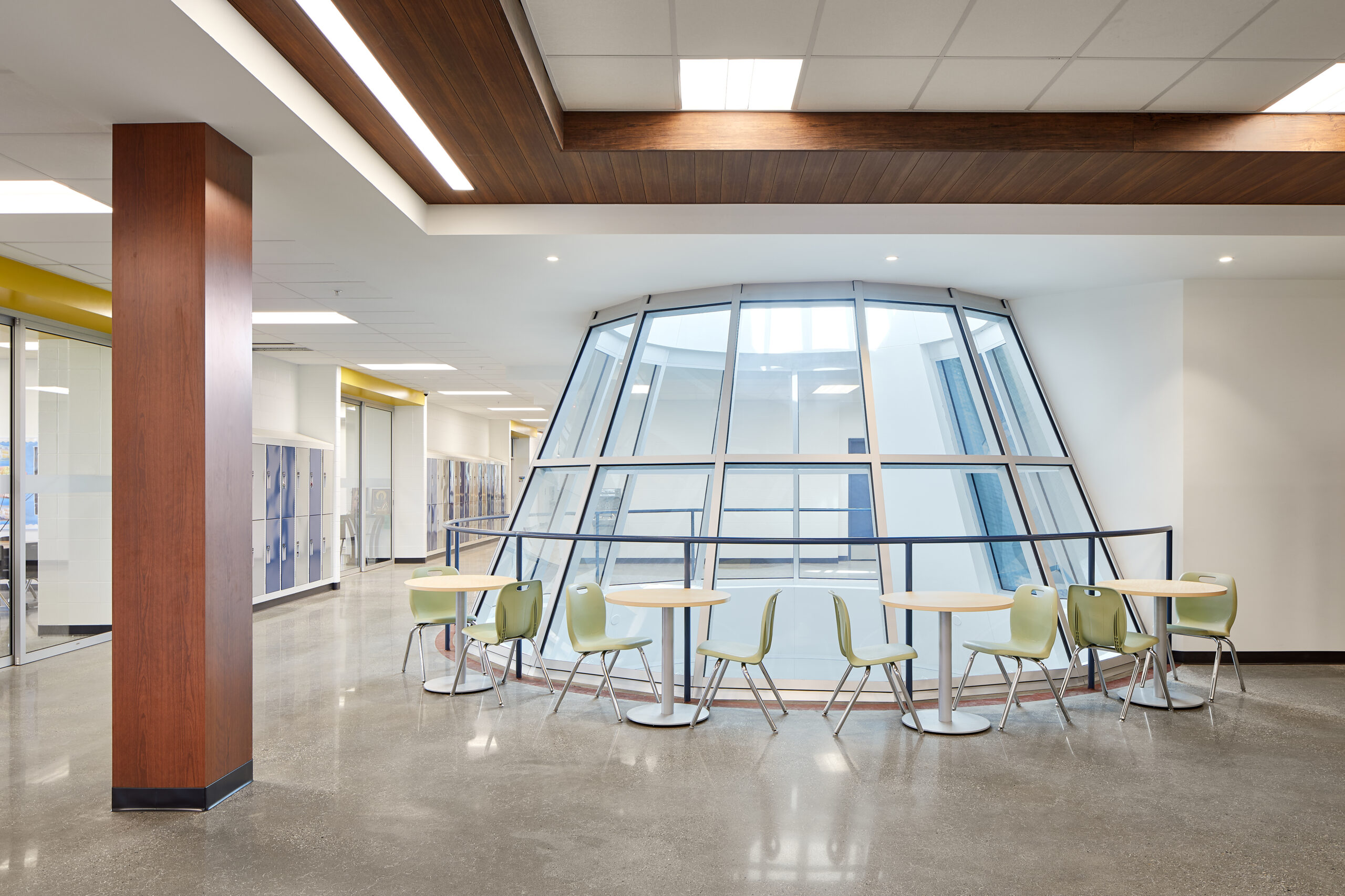 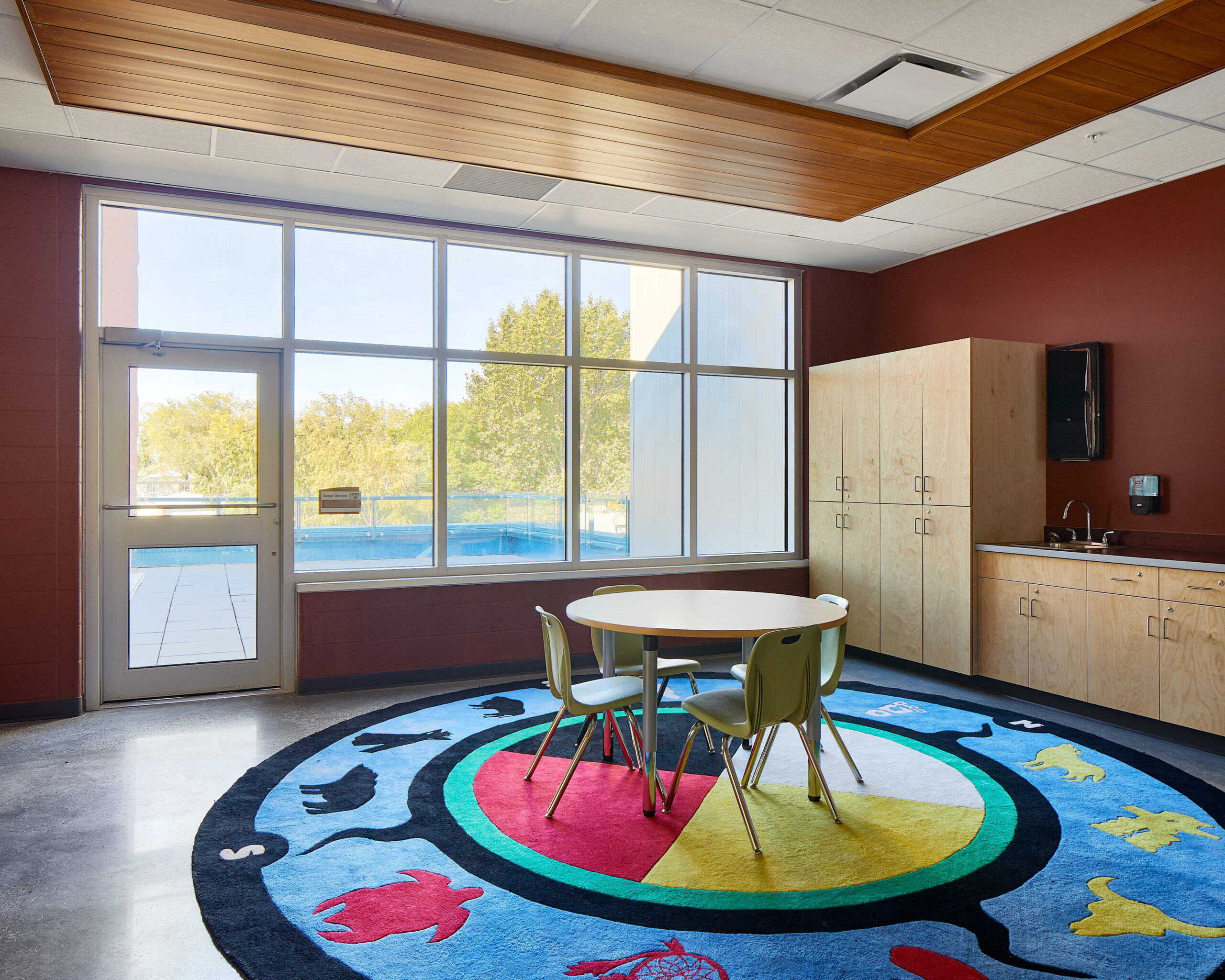 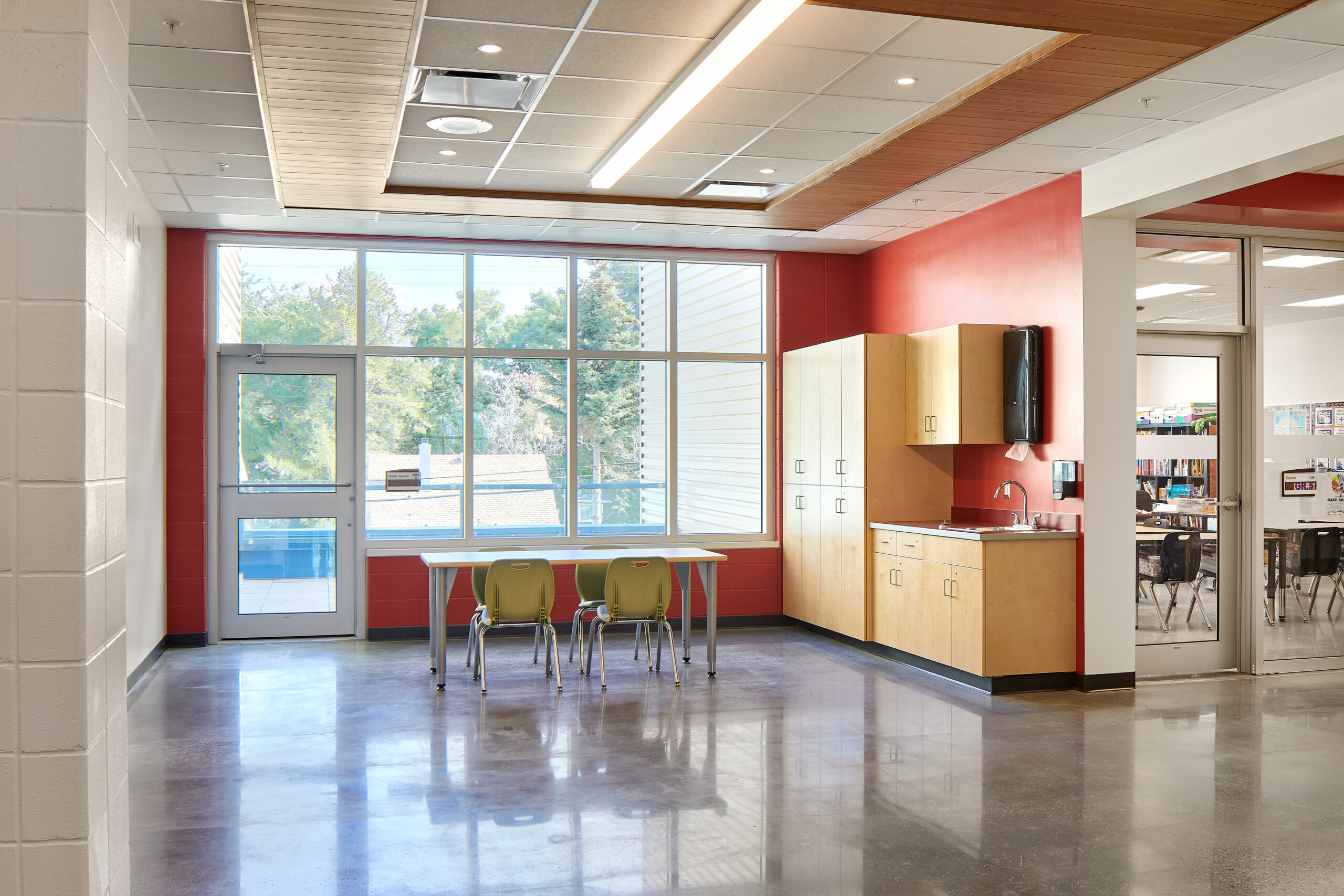 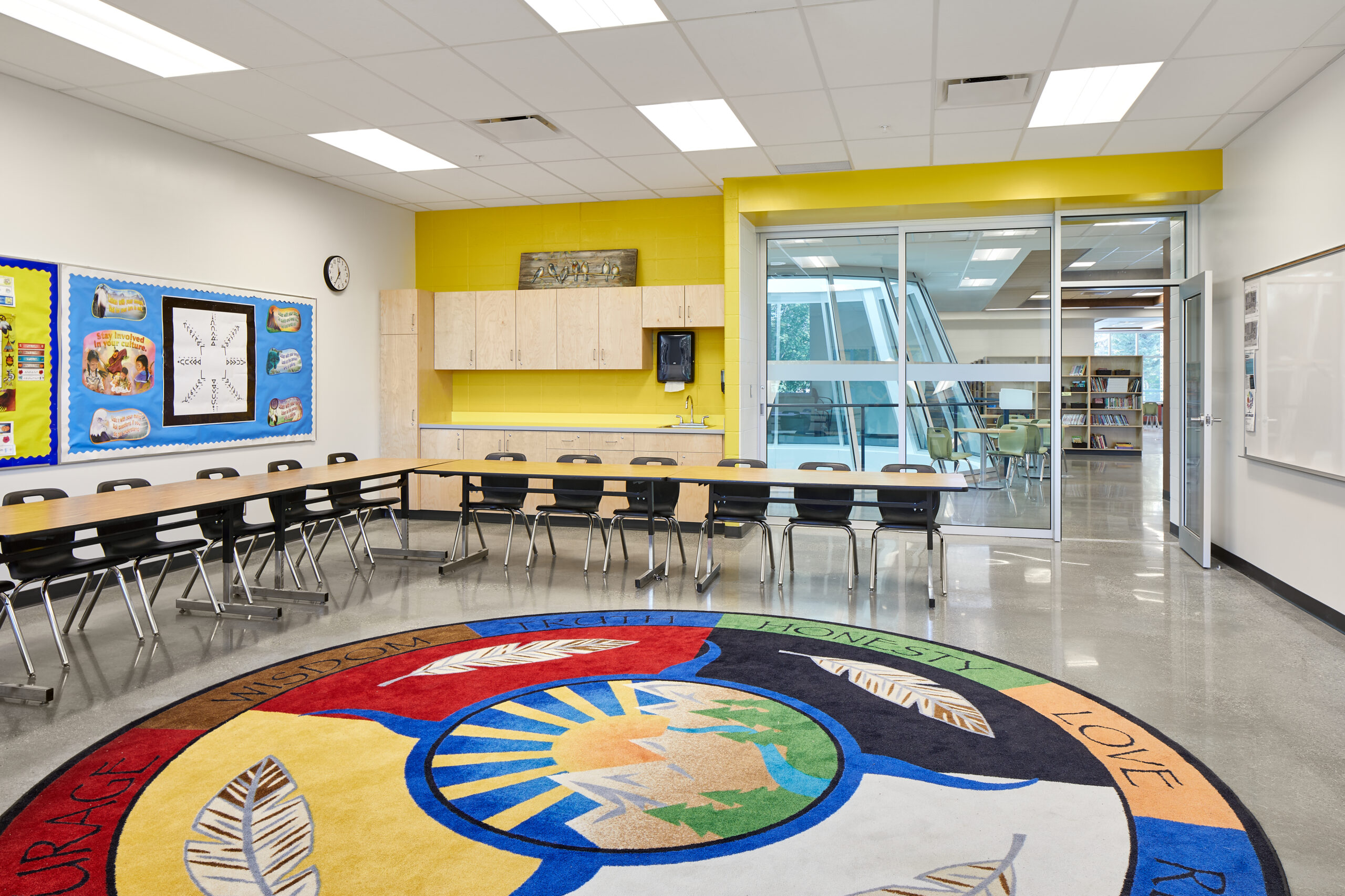 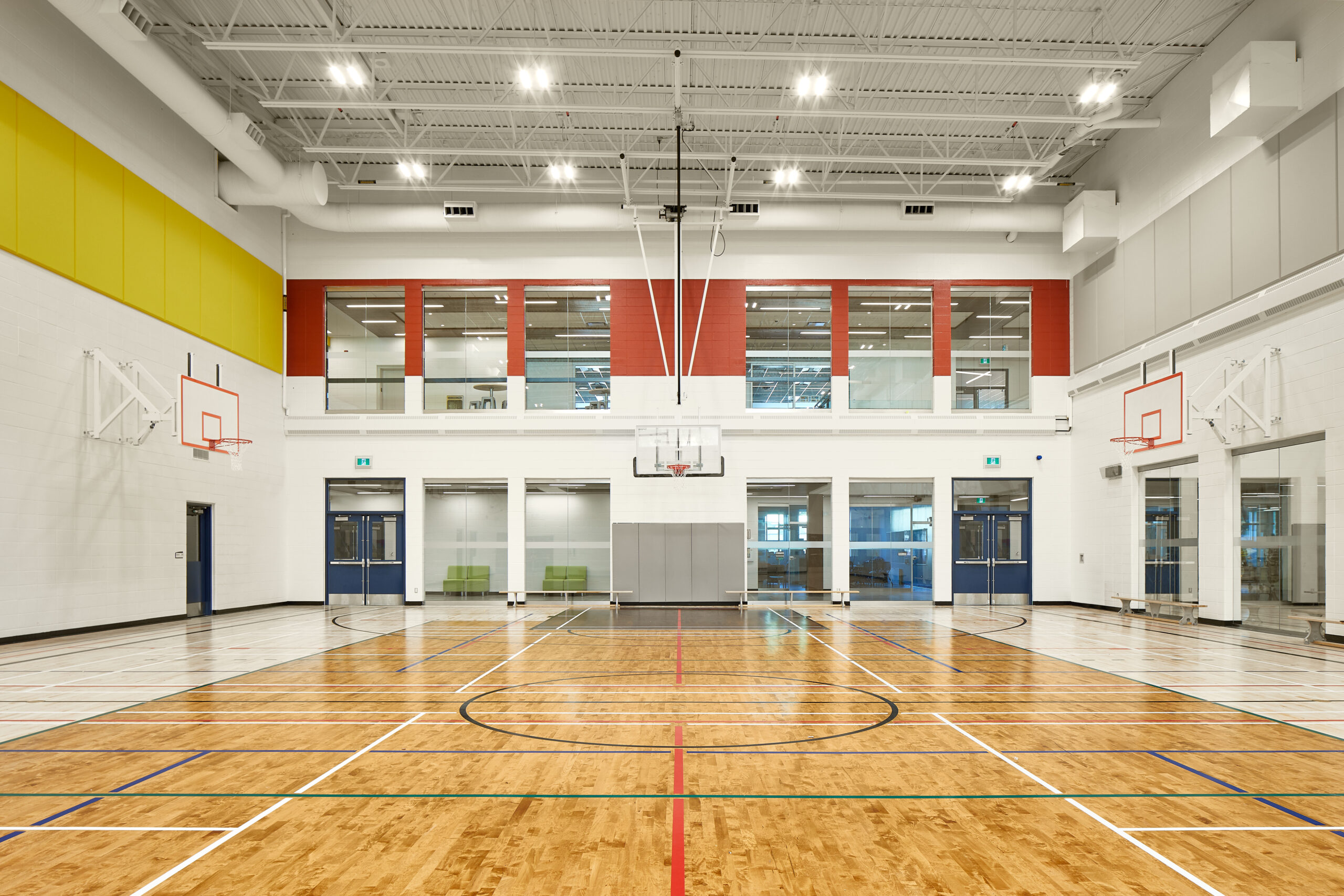 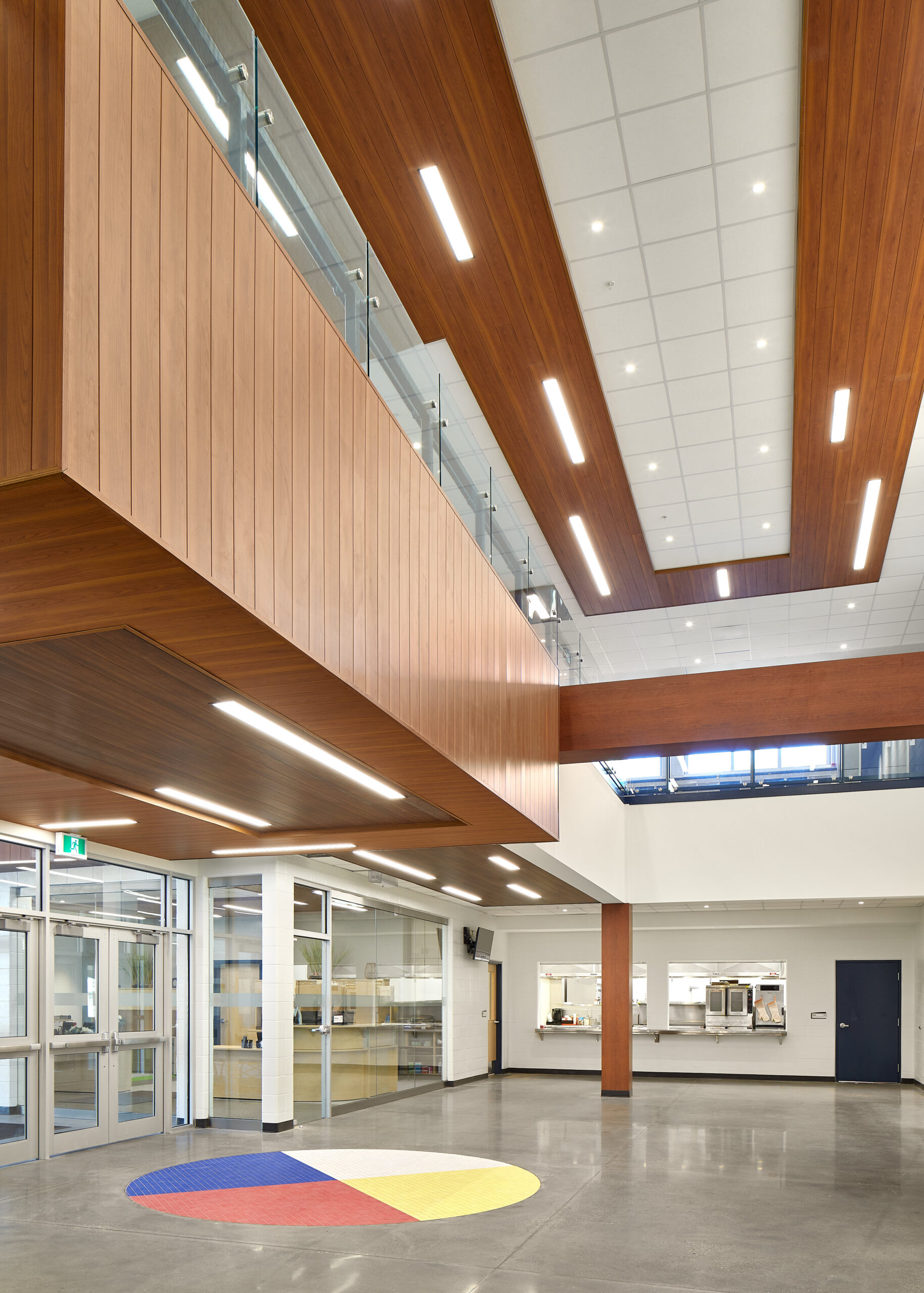 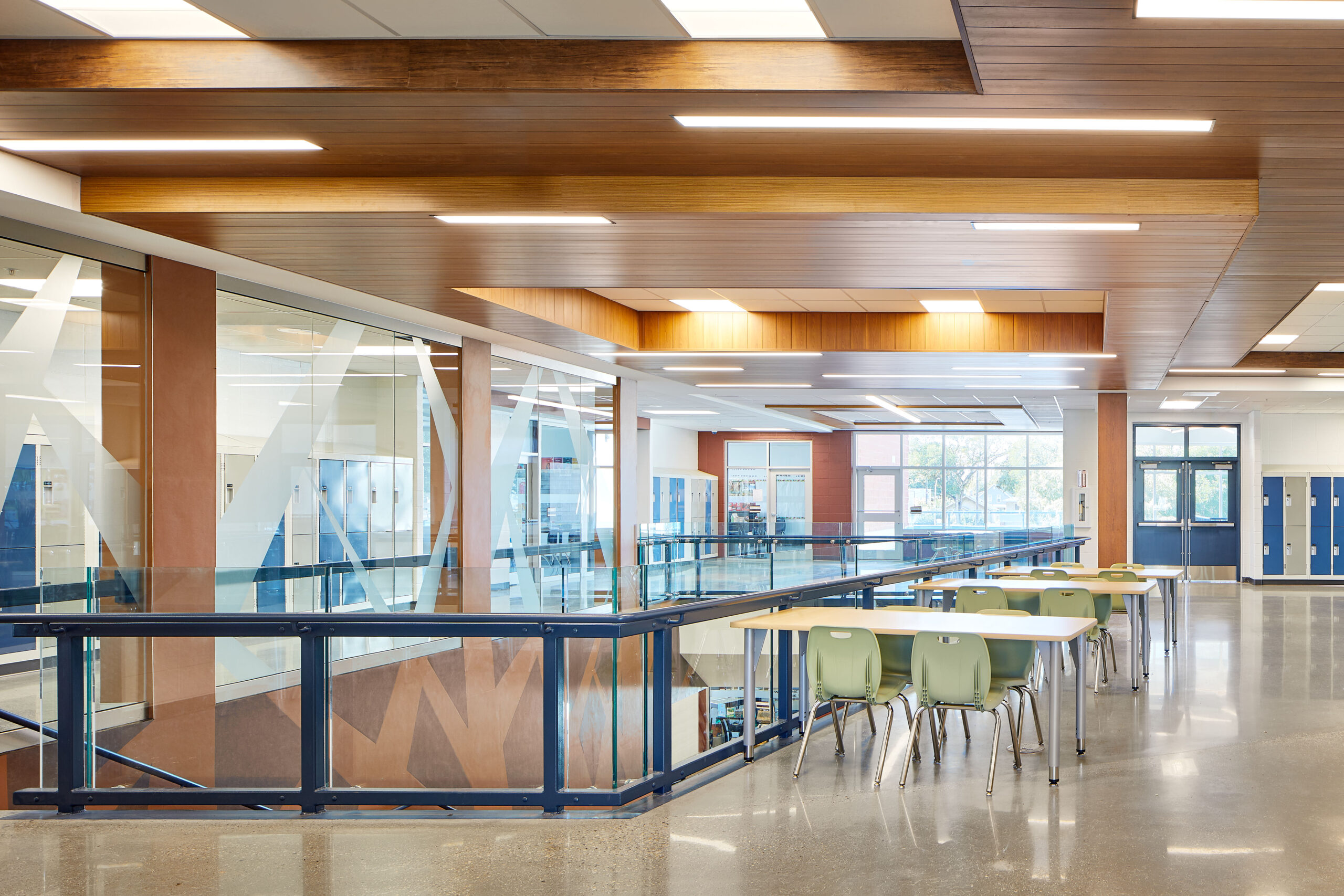 In April 2019, BR2 Architecture was retained by Edmonton Catholic Schools to design and administer the delivery of the proposed Ben Calf Robe – St. Clare (K-9) Replacement School in Edmonton. The school is not only acknowledged to be on Treaty 6 Territory – the ancestral and traditional territory of the Cree, Dene, Blackfoot Saulteaux, Nakota Sioux as well as other Metis, but has a primarily First Nation student and staff compliment. The Ben Calf Robe School offers traditional First Nation teachings within the programming and faith of Edmonton Catholic Schools.

The identified scope of work for this project was to design and build a new 700 student, grades K-9, replacement school on the site of the existing school and remove the existing school with the completion of the new school. The school is designed to be fully built-out and accommodate 700 students. No modular classrooms are to be added to the school.

The new Ben Calf Robe – St. Clare (K-9) Replacement School is a unique facility designed to not only reflect a priority to integrate 21st Century Student Centered learning initiatives, but also a complementary First Nation learning program. The new school will replace an urban school in an older neighbourhood in Edmonton.

This school is designed to achieve a minimum standard of LEED® V4 Silver Certification.